JANE GRIGSON was a self-taught cook – as, doubtless, are most of her readers – she learnt how to prepare food from consulting books or from friends and from her family. Jane was principally interested in domestic food and home cooking and when describing how she cooks she is a comforting presence in one’s kitchen. She is always cheerful and you can almost hear her peals of laughter at the numerous idiocies of modern life.

Compared with recipes written by a chef, Jane is especially alert to the unexpected or puzzling elements sometimes encountered when cooking from a published recipe. “If the filling rises alarmingly, do not worry. It will fall when you take it out of the oven” is a reassuring footnote to a recipe for Old-fashioned Apricot Tart. And how endearing of an author to confess that she always offers up a silent prayer when baking a souffle. In the course of writing her seven principal works Jane researched and tested thousands of recipes. Here, we have chosen some of our favourites.

Stuffed cabbage in the Trôo style 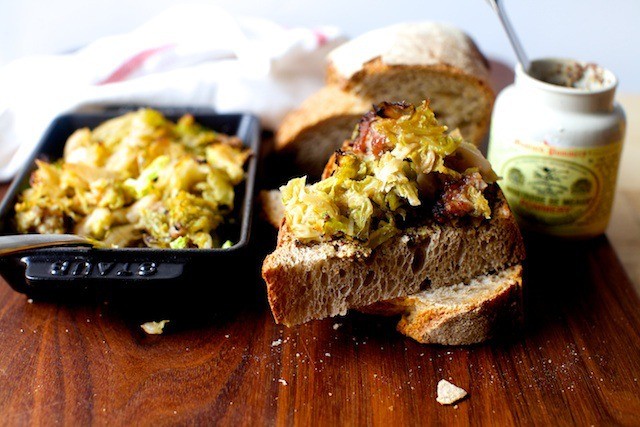 Madame Glon lived in great simplicity next door to Jane and Geoffrey in Trôo and used to look after the cave for them when they weren't there. My mother also tried to mess around with this recipe (apples, onions etc), but nothing ever tasted better than the original. A firm favourite in our house, and good with mashed potatoes.

Cut the cabbage across into slices, and blanch it for five minutes in hard-boiling, salted water. Drain it and run it under the tap to prevent further cooking at this stage. Butter an ovenproof or flameproof pot (according to whether you intend to cook the dish on top of the stove or in the oven). Put in a third of the cabbage. Remove the skin from the sausages if necessary, and put half over the cabbage. Then repeat, and cover with a final layer of cabbage. Season each layer as you go. Dot over with butter and cover tightly. Bake at 150°C/Gas Mark 2 for two and a half hours, or simmer on top of stove very gently. With a Chinese cabbage, you would need to two to two and a half hours.