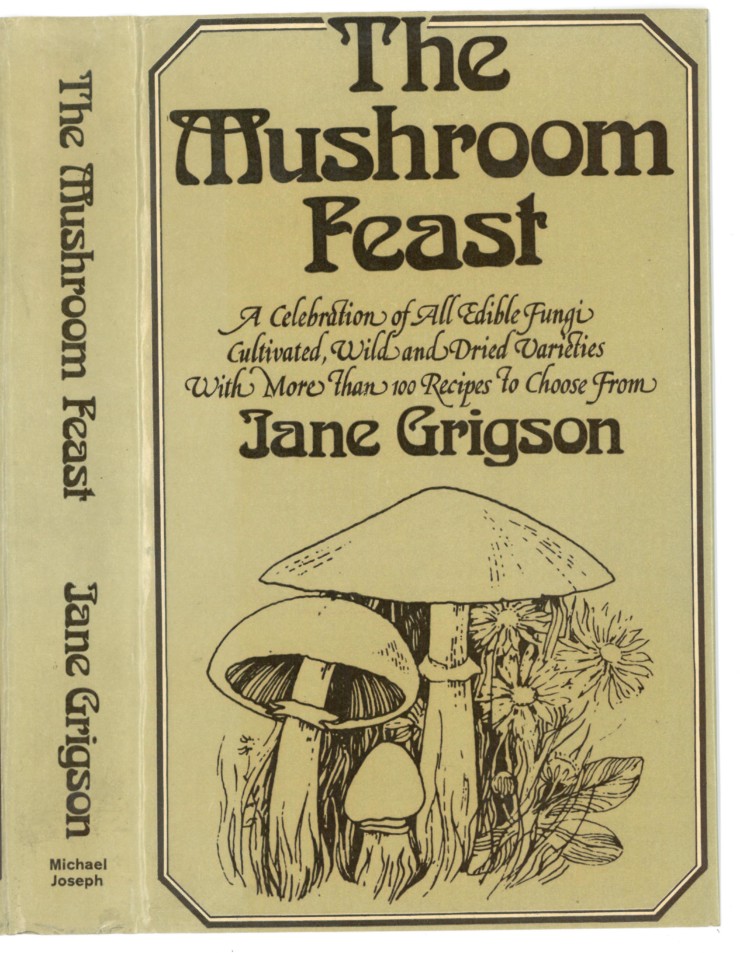 First published in 1975 by Michael Joseph

Jane Grigson’s collection of more than 100 recipes for edible fungi which include cultivated, wild, and dried kinds. She writes: “The idea of writing this book came to us in the woods of the commune of Troo, a village in the Bas-Vendomois, where for the last twelve years we have made our second home in the human dovecot of its sheltering cliff.” The opening chapter is a useful guide to the twenty-one best edible mushrooms with simple, excellent recipes for each kind.

“The dark life of these tunnel-quarries is extraordinary. Shadows lie deep on the walls which are cut, mile after mile, in a pleated effect, where the stone has been removed in regular courses….As we walked and walked about, we often had to jump aside for the efficient little machines that trundle about with trays of mushrooms or loaded baskets. They may spoil the antique calm of the industry, but the introduction of machinery has meant that everyone can be paid twice as much as they were ten years ago, without the price of mushrooms being raised at all…. Everyone buys them.”