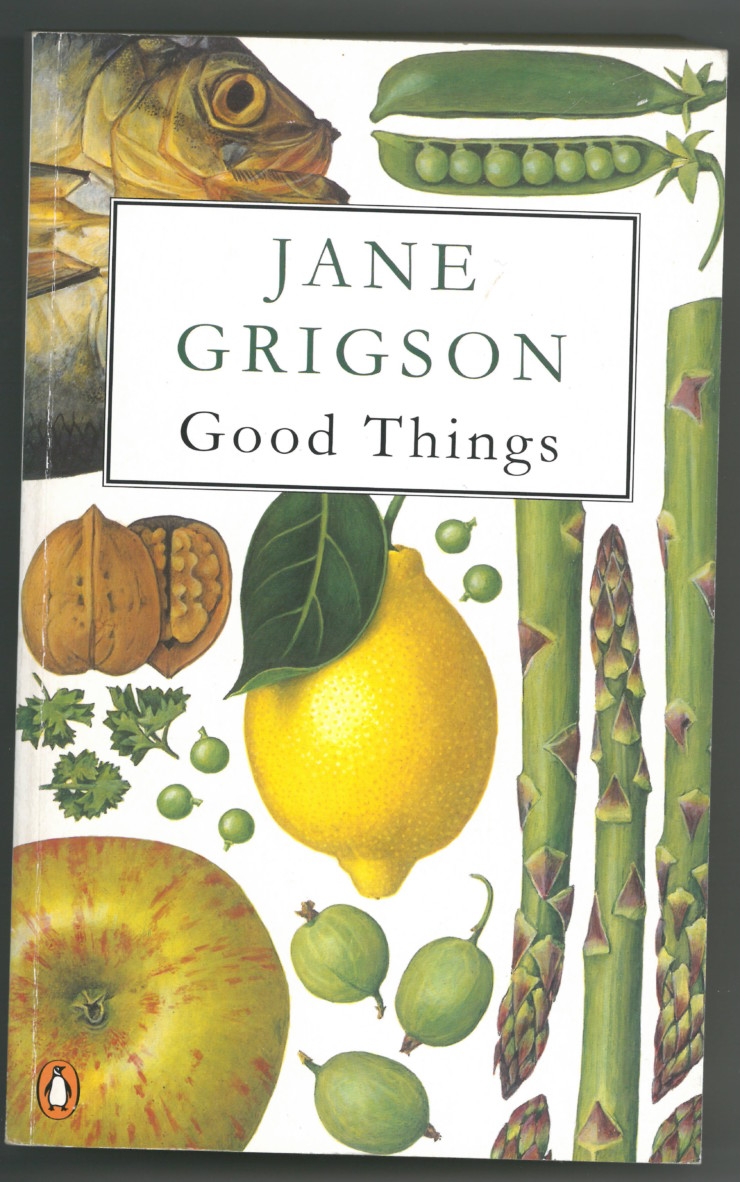 First published in 1971 by Michael Joseph

A cornucopia of delectable dishes and joyful writing selected from the early years of Jane Grigson’s regular columns in The Observer newspaper with a welcome emphasis on the seasonality of good food.

“Anyone who likes to eat, can soon learn to cook well…. So why don’t we? After all, in the eighteenth century our food was the envy of Europe. Why isn’t it now?
….This is not a manual of cookery, but a book about enjoying food. Few of the recipes in it will contribute much to the repertoire of those who like to produce dinner for 6 in 30 minutes flat. I think food, its quality, its origins, its preparation, is something to be studied and thought about in the same way as any other aspect of human existence.”