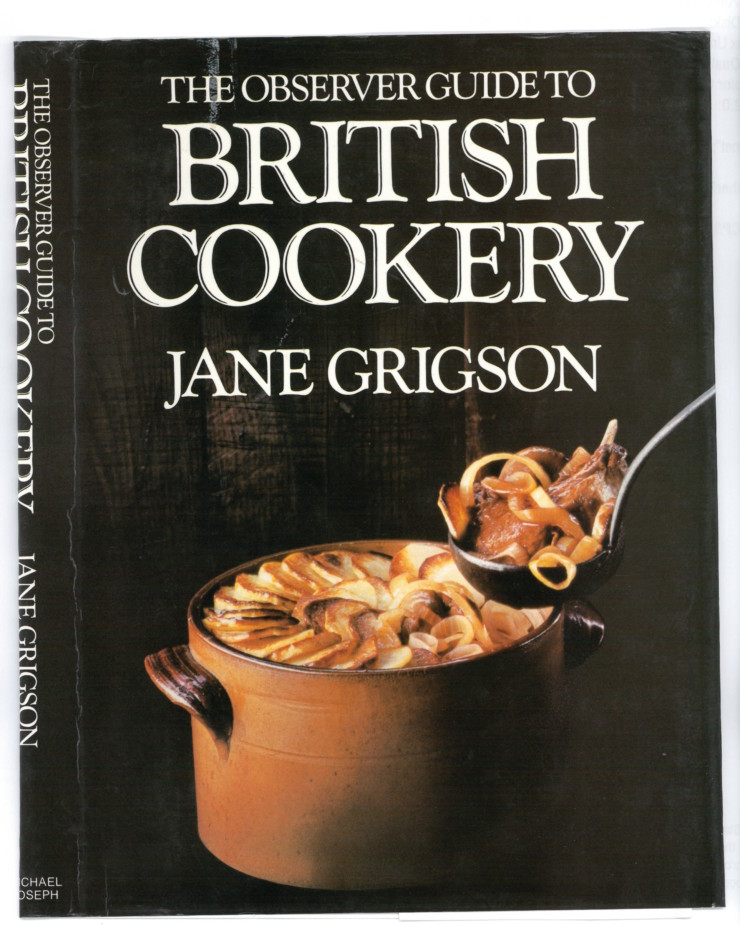 First published in 1984 by Michael Joseph

“One of the best things to eat in Britain is a top-quality pork pie. Perhaps I’ve been unlucky, but I have not eaten one since the small Langroyd Pie Company at Langham, south-east of Melton, closed in 1972. We bought their pies by post from the Anne of Cleves café at Melton Mowbray, after a chance visit in the late Fifties. There may, there must surely be butchers somewhere in the region making pies worth eating, but it has not been my fortune to find them – there or anywhere else.
….A pleasure of going back to the north again was tea at Betty’s in Harrogate, a place of elegant art nouveau twirls, good cakes, unique sizzling rabbits and deep curd tarts: you can have Bronte fruit cake and Wensleydale cheese, too.”