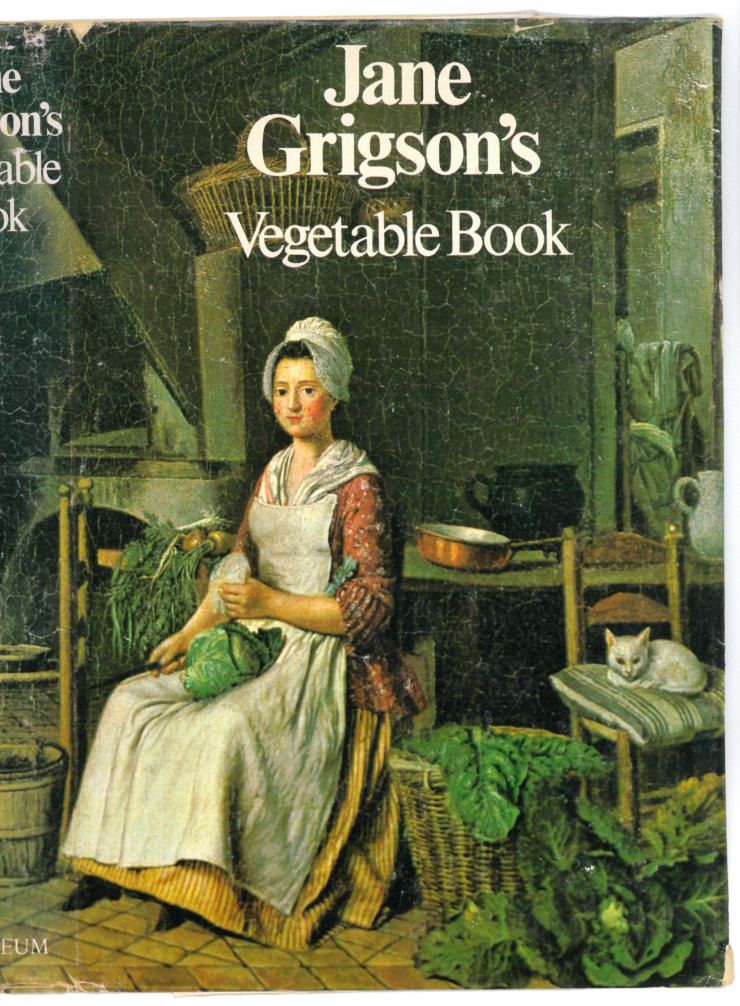 First published in 1978 by Michael Joseph

With poetry and history, fable and anecdote, Jane Grigson takes us on a kitchen garden tour with her superb collection of recipes old and new for this essential and delicious food. She considers the true appreciation of vegetables, either cooked or raw, to be a fairly recent development in the English home which makes this guide to 76 different vegetables a timely and welcome inspiration to both cook and gardener.

“The artichoke is an edible thistle. To John Evelyn it was the ‘noble thistle’; to a nineteenth-century writer on food, E.S.Dallas, it was an amusing moral lesson, ‘It is good for a man to eat thistles, and to remember that he is an ass’. John Evelyn – as one might expect – is nearer the mark, for the artichoke was the aristocrat of the Renaissance kitchen garden, as the asparagus was of the Roman.
….So we are back with the private gardener, which could soon include everybody. Perhaps lively vegetables, the improvement of varieties, have always depended upon him, since Adam put his foot on the spade, with Eden in mind. Now we might extend the picture to include high-rise blocks, patched with vegetation on every balcony – Marmande and plum tomatoes in pots, herbs in window-boxes, courgettes and squashes  trailed round the doors. Inside there could be aubergine, pepper, chilli and basil plants on the window sill, jars of sprouting seeds, dishes of mustard and cress, with mushroom buckets and blanching chicory in the dark of broom and airing cupboards. In my most optimistic moments, I see every town ringed again with small gardens, nurseries, allotments, greenhouses, orchards, as it was in the past, an assertion of delight and human scale.