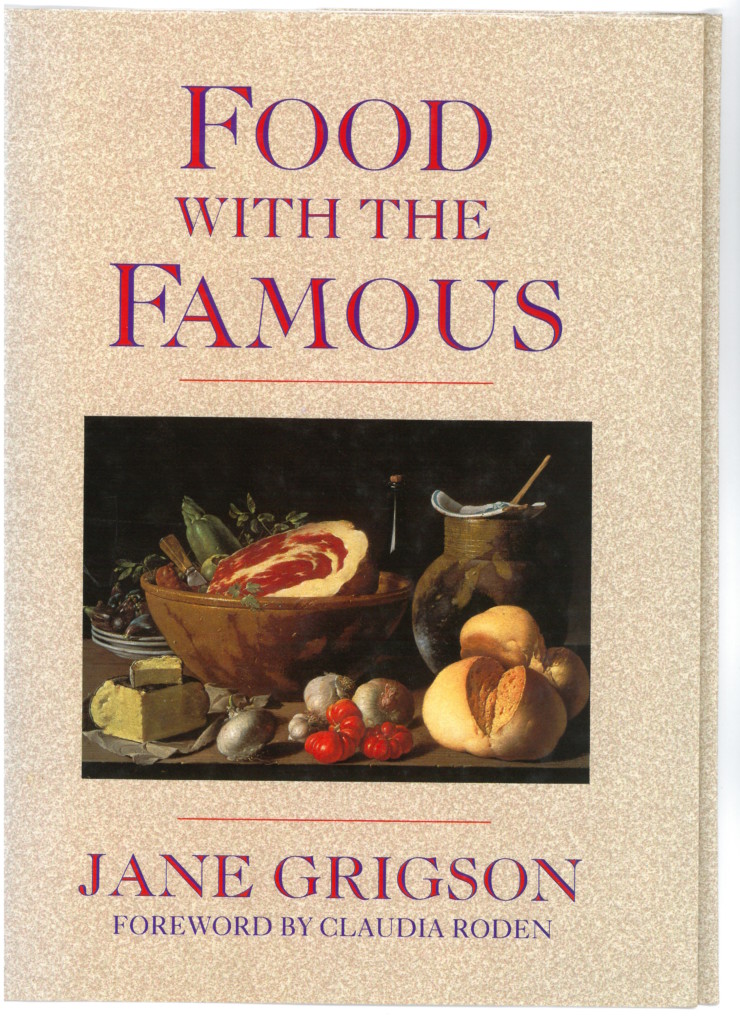 Food with the Famous

First published in 1979 by Michael Joseph

Does lunch in Giverny with Claude Monet in his yellow dining room appeal, or would you like to take tea with Jane Austen, or rather dine in magnificent style with Alexandre Dumas? In this fascinating book which is part biography and part historical cookery, Jane Grigson shows you how. While researching this book, Jane acquired the manuscript recipe book of Lady Shaftesbury, whose husband, the statesman Lord Shaftesbury, is one of the ten notable subjects she chose to portray. Lady Shaftesbury’s valuable hand-written recipe notebook is now part of the Jane Grigson Trust Library held at Oxford Brookes University.

“From a selfish point of view this has been the series I have most enjoyed writing, in eleven years at the Observer. The excuse to re-read favourite novels, look again at favourite painters, visit places associated with them, spend hours in collections of letters and in journals, study early cookery books in the Bodleian Library and buy more than I could really afford, gave me a chance of relating cookery to life beyond the kitchen. Which is what, in the end, I think cookery should do.”