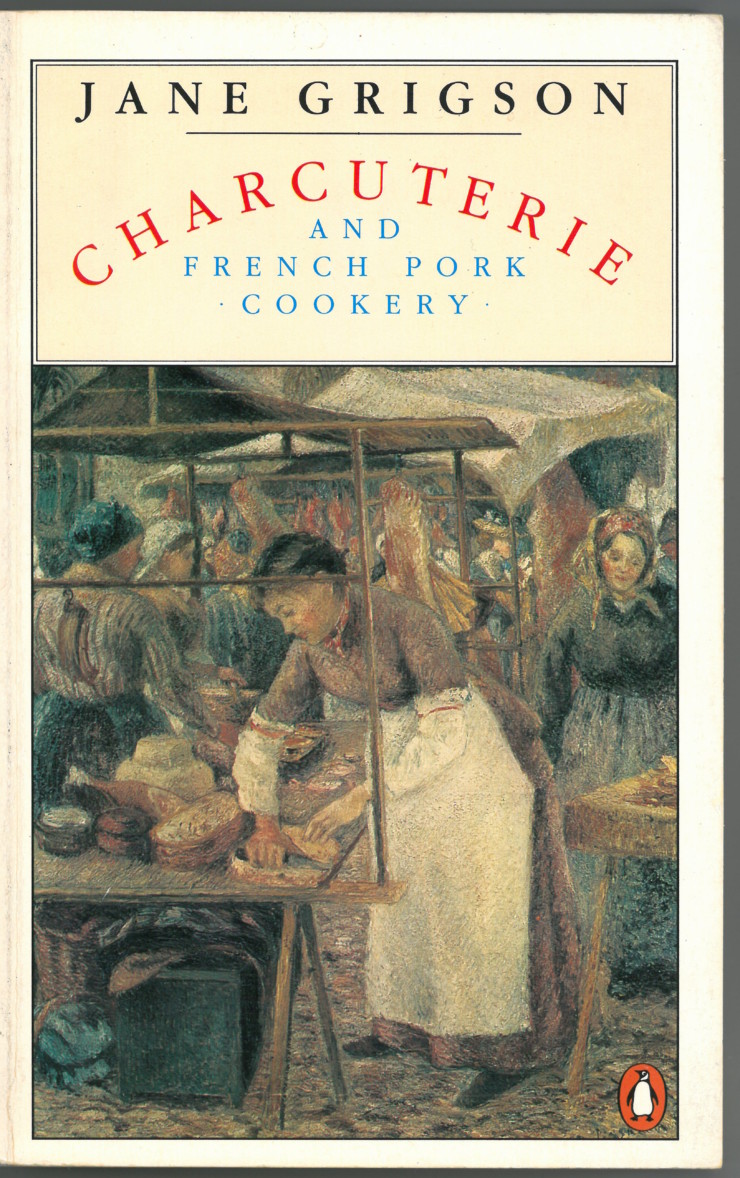 First published in 1967 by Michael Joseph

Jane Grigson’s first book on food was the culmination of four years’  dedicated research. It is a truly comprehensive guide to the cooking and curing of the pig from snout to tail with hundreds of interesting and delicious French recipes. Few books exist on this subject and this is one of the finest, now regarded as a kitchen classic.

“It could be said that European civilization – and Chinese civilization too – has been founded on the pig. Easily domesticated, omnivorous household and village scavenger, clearer of scrub and undergrowth, devourer of forest acorns, yet content with a sty – and delightful when cooked or cured , from his snout to his tail.

Charcuterie and French Pork Cookery….Sausage, saucisse, saucisson, derive ultimately from the Latin salsus, salted, probably by way of a late Latin word salsicia, something prepared by salting. The Romans are, in fact, the first recorded sausage makers, their intention being – as the derivation suggests – to preserve the smaller parts and scraps of the pig for winter eating. Though unwise to say so in a Frenchman’s hearing, the Italians are still the supreme producers of dried and smoked sausages. They use beef, as well as pork, but not usually donkey as some Frenchmen firmly believe.”